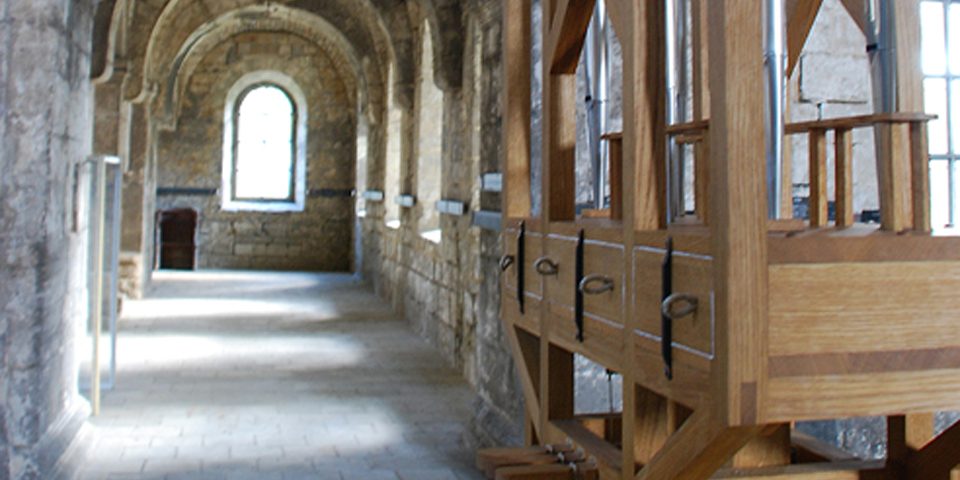 No one can hear it all

The longest piece of music in the world changes note

Ötzi can wait. He certainly didn’t lack patience as he waited 5,300 years in a glacier until he was finally discovered in 1991. Therefore, Ötzi also won’t find it difficult to wait for the next note in John Cage’s organ composition, which will sound on 5 September 2020.

The composition “Organ2 / ASLSP” by the American composer John Cage (1912-1992) has no tempo, but it should be performed “As SLow aS Possible”. It is comprised of eight sections with repetitions. Only the pitch and the proportional duration of the notes in relation to one another are fixed, but not how long they should be held. John Cage replied to the accusation that his pieces were too long by saying he considered a “very long performance” necessary. The John Cage Organ Foundation in Halberstadt therefore interpreted the piece, rewritten by Cage for organ in 1987, for a concert that would last for 639 years.

The restored Burchardi Church in Halberstadt was chosen to perform the piece and an organ was built in commemoration of the famous Halberstadt organ from 1361. The composition has been playing since 2003. The rare note changes have become a celebrated event which music lovers from all over the world gather for. Hopefully with donations from patrons of the arts the organ project won’t disappear into thin air.

Angelika Fleckinger, director of the South Tyrol Museum of Archaeology, was there as a representative on 26 January 2019 when an ‘Ötzi’ commemorative plaque was unveiled. It was donated by the Walter Krienitz Association for the Promotion of Medicine. The connection to Ötzi is the discovery of the gastric bacteria, Helicobacter pylori, which was first described in 1906 by Dr. Walter Krienitz from Halberstadt. The presence of these bacteria in the Iceman’s 5000 year old stomach is the oldest known example worldwide.

Some news simply takes a little bit longer. In this case, being able to wait is the key 😉

Link to the John Cage Organ Project in Halberstadt:

Who wants to attend the change of sound, here is the program.