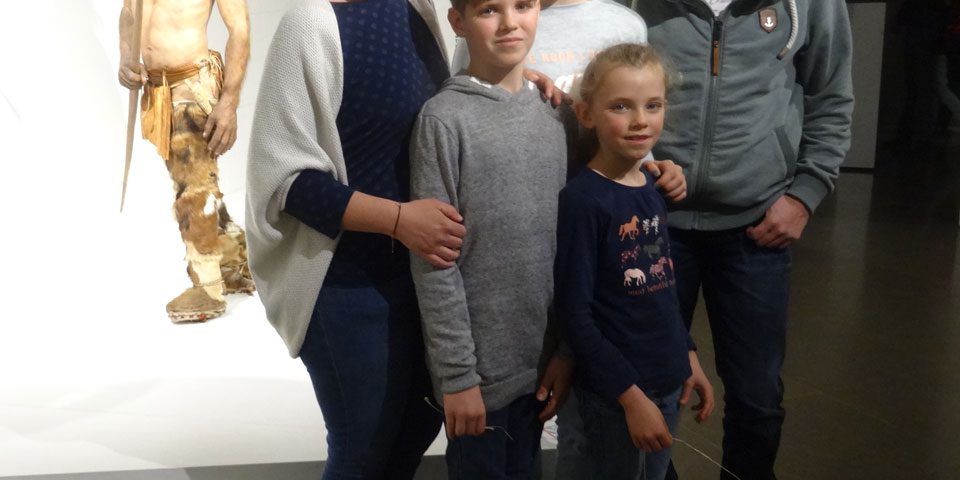 Just in time for the 20th anniversary of the museum on 28 March 2018, we were able to welcome our five millionth visitor! This is the number of people from all over the world who have bought entry tickets for the South Tyrol Museum of Archaeology since 28th March 1998.

The lucky visitors were Richter family from Germany. Museum Director Angelika Fleckinger, Regional Minister responsible for museums Florian Mussner and the Director of the Museums Department Karin Dalla Torre welcomed the lucky holiday makers. They were given souvenirs of the museum and a voucher for a tour of the glacier to the place where the Iceman was found on the Tisenjoch (Schnals Valley, South Tyrol, Italy).

Every year, on average, 250,000 people come to see Ötzi the Iceman and the objects found with him, and the numbers are steadily increasing. Last year there was a new record number of visitors to the museum – 256,972.
In 2017, guests came to the South Tyrol Museum of Archaeology from every continent, and from almost every one of the 47 European Countries. The visitors’ countries of origin were: Germany 42%, Italy excluding South Tyrol 30%, South Tyrol 5%, Austria 6%, rest of Europe 11%, rest of the world 6%.